It was cannabis retail and psychedelics that shared the main focus of the 2022 O’Cannabiz Conference and Expo, which took place this last Wednesday to Friday. The Alan Aldous team attended the event along with two members of our client CB Therapeutic’s team who came in from sunny California for some city fun in Toronto.

The expo consisted of the entire gamut of exhibitors, including everything from cannabis cultivation to psychedelic findings.

One big part of this year’s O’Cannabiz conference? The talks, which took place on no less than four different stages, spread throughout the International Centre in Mississauga. Two rooms of stages each hosted talks on Cannabis and Psychedelics, in addition to a retail stage and main stage on the conference floor. 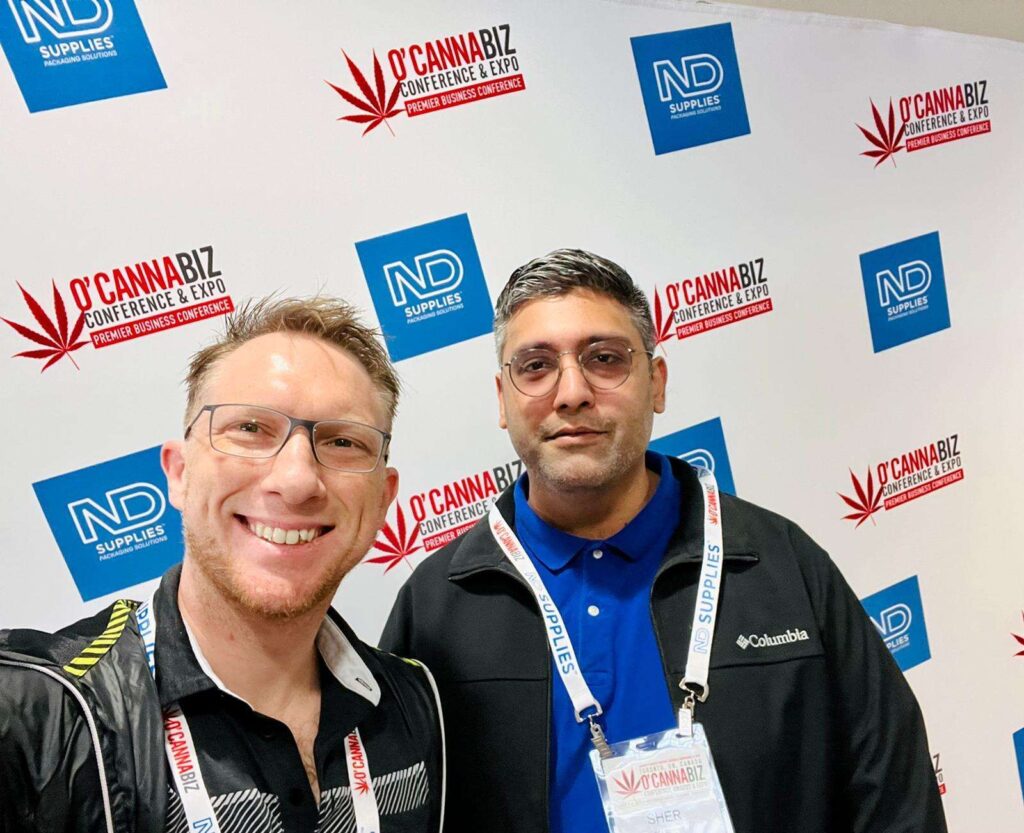 The first panel attended was called, “So You Think You Want to Be a Retailer?,” moderated by Vivianne Wilson, owner of the Toronto-based cannabis store, GreenPort Cannabis. Wilson asked others on the panel incisive questions on the state of cannabis first retail.

Wilson asked the panel if the cannabis market is better than the grey market space.

“To a degree, no, but some categories meet the quality and price,” replied Franceso Caruso, director of retail for Stok’d Cannabis. Regarding quality and price, Caruso says concentrates are one area where the legal market is coming close to the legacy market.

And has it been worth it to open up a chain of stores? Wilson asked.

“It’s turned out to be one of the most challenging and maybe most rewarding things I’ve done in my life,” said Rob Cherry, Vice President for Merchandising of Fire and Flower. 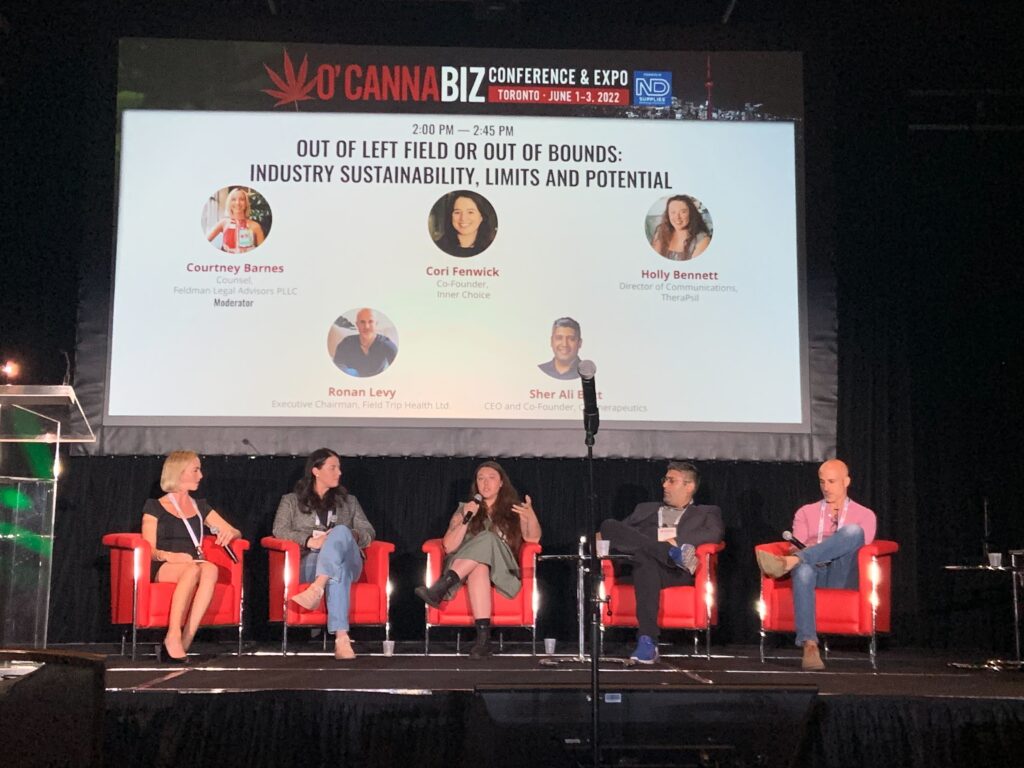 On the psychedelics front, Lucas Mccann, the chief scientific officer of CannDelta, spoke about the opportunities for opening a mushroom business – legally – including the federal regulatory framework.

Sher Ali Butt, Co-founder of CB Therapeutics – an Alan Aldous client – contributed to a panel about sustainability in the psychedelic industry. He enlightened us on his company’s mission to ease the negative environmental impact that harvesting natural resources for a growing sector could have by offering greener alternatives (compounds that are bio-identical to cannabinoids, tryptamines, and food technology) for research purposes.

Next, Dr. Jacob Vogan, the other co-founder of CB Therapeutics, spoke on a panel about seeking mystical experiences and tradition in a medical paradigm, inspired by a well-studied Life Magazine article from 1957, entitled, “Seeking the Magic Mushroom.”

Regarding the production of psilocybin and other similar compounds, Vogan said that “new methods will be complementary to traditional ones,” and indigenous culture informs them. Both can co-exist side by side, was his message.

More Than Panel Discussions at This Well-Attended Event

Besides the talks, the O’Cannabiz conference also featured a “Terp Cup,” in which various companies faced off on their most terpene-heavy flower products, and a musical performance by The Legendary Wailers to mark the end of Thursday’s talks.

The show’s dual focus on cannabis retail and psychedelics proved valuable for participants, and we look forward to the 2023 edition.

Call us. We’re here to help you.

Conference season is in full swing and there are hundreds of cannabis and psychedelics conferences happening in-person and online for the next 12 months. Trust us—we have a running list of them all!

Want to take part of an event like the O’Cannabiz conference, either as a speaker, panel member or sponsor? Alan Aldous can help. Call us at +1 (844)-4-WEED-PR or fill out our contact form to book a 15-minute call with someone at Alan Aldous.

6 States Where Legal Drugs Are on Today’s Mid-Term Election Ballot—Vote!

Schedule Your Free Discovery Call, Or Fill Out Our Contact Form.